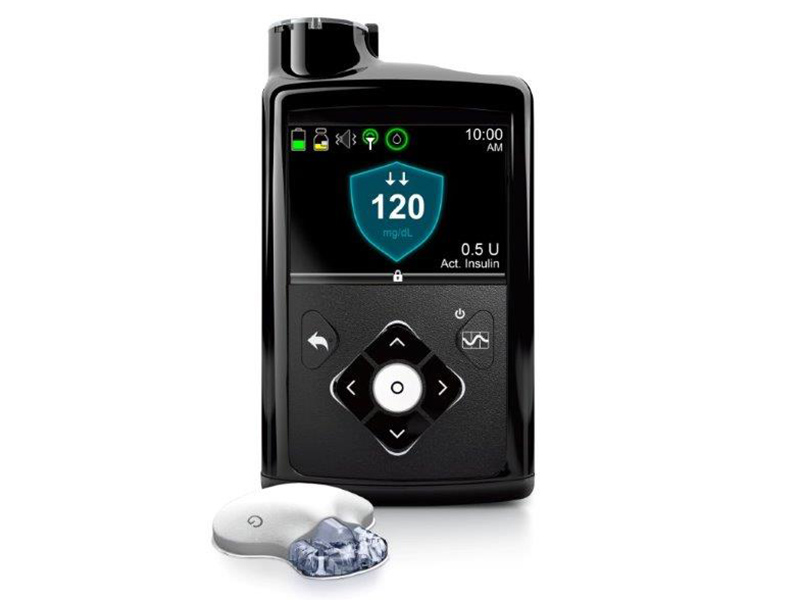 Rising prices have grabbed headlines as people struggle to afford their lifesaving insulin, but new research may have found an alternative for people with type 2 diabetes.

"For patients who need to take [long-acting and meal-time] insulins in which the cost is rising rapidly, insulin delivery devices such as the V-Go allow them to get both components from regular insulin with the same efficacy and the same safety, and with the potential of improved costs," said study lead author Dr. Pablo Mora, an endocrinologist at the Dallas Diabetes Research Center at Medical City in Texas.

When insulin pumps were first gaining in popularity, new types of insulin -- called insulin analogs, such as Humalog or NovoLog -- had been introduced, Mora said. Typically, people using an insulin pump might wear the tubing that delivers insulin under the skin for about three days. But older human insulin -- also called regular insulin -- could clog the narrow tubing, stopping insulin delivery before three days.

"We kind of abandoned regular insulin for use in pumps because there were good alternatives. But those alternatives are very expensive now," Mora said.

For people who have trouble affording insulin analogs, regular insulin may be the only affordable option. One issue with the older insulin is that it takes longer to begin working after it's injected under the skin, Mora said.

Another concern is that this type of insulin can be associated with a higher risk of low blood sugar (hypoglycemia), said Dr. Alvin Powers, director of the Vanderbilt Diabetes Center in Nashville, Tenn.

"Analogs are better for most people on insulin, but if someone can't afford insulin, it's a no-brainer -- use regular," Powers said. He wasn't involved in the current study, but is familiar with the findings.

The study authors thought that a device like V-Go might be able to use regular insulin. The device is worn for a day and then discarded. Mora said it's not likely that any clogs blocking insulin delivery would form in that time frame.

The patch-like device delivers a steady dose of background insulin and can also deliver additional insulin at mealtime.

The study included 113 adults with type 2 diabetes who were currently using the V-Go. Their average age was 61, according to Mora. Volunteers were recruited from three medical centers.

They were randomly assigned to use either an analog insulin or regular insulin in their pump for 14 weeks.

Researchers saw a slight improvement in blood sugar control. They noted no significant differences in rates of low blood sugar.

The study was just preliminary, however. It didn't have enough participants to show if blood sugar control was better on one insulin or the other, according to Mora.

"This study adds to the evidence that some individuals with type 2 can be managed with regular insulin. But people with type 2 diabetes aren't frequently on pumps," Powers said of the new research.

But, he noted, that some people aren't good candidates for using regular insulin. These include elderly people, and those who have what's known as hypoglycemia unawareness. That means they don't feel the physical symptoms that warn someone their blood sugar level is dropping.

The study will be published in a supplemental issue of the Journal of the Endocrine Society.

Learn more about using insulin from the American Diabetes Association.